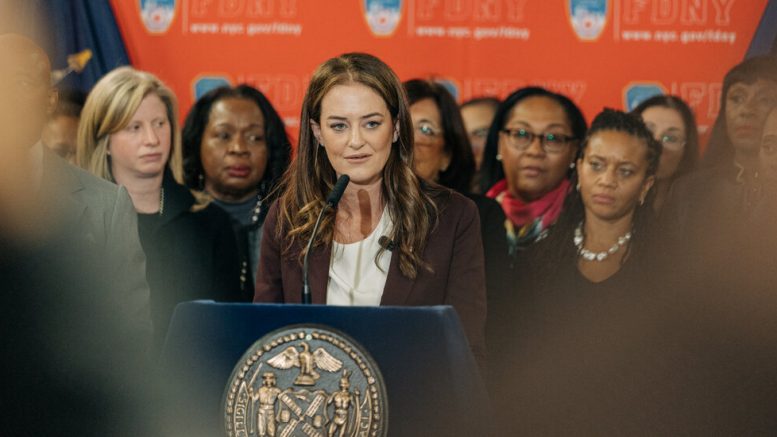 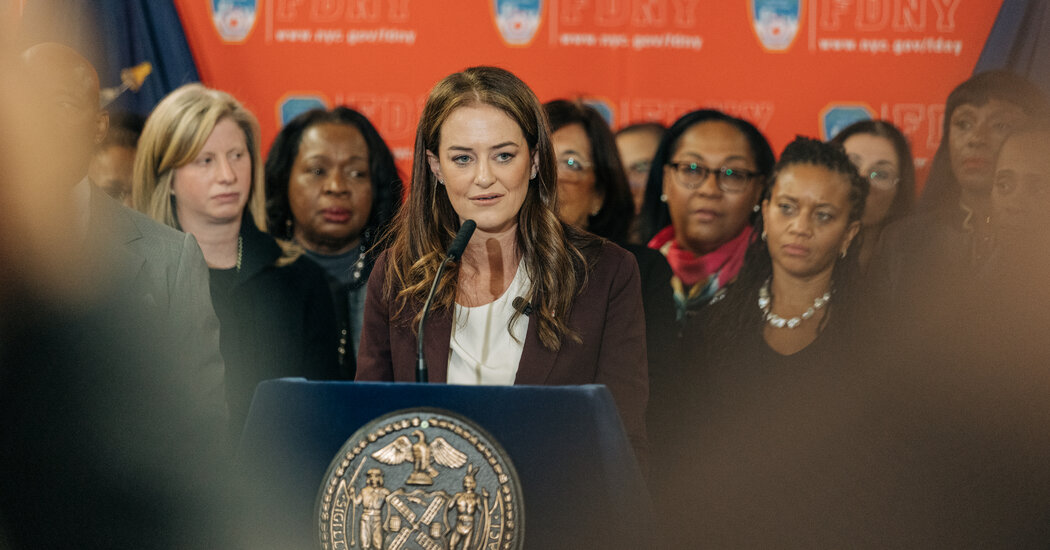 “You might be OK for a few weeks and then suddenly you’re not sleeping, and you’re having two glasses of wine instead of one,” she said. “When you focus on what you need to do, that will get you through. In those moments, it’s the family, it’s the members, it’s the city that needs someone to say, ‘This is what happened.’ You understand that it’s something bigger than you.”

The only child of a telephone company worker and a public-school teacher, Ms. Kavanagh grew up near San Francisco. At her swearing-in, she stood across from her mother, who held a white Bible, a gift from the commissioner’s Italian grandmother, who died in the early days of the pandemic.

Ms. Kavanagh has woven herself into New York, moving to the city about 20 years ago, living in all five boroughs and working in political campaigns, including former Mayor Bill de Blasio’s.

She earned a master’s in public administration from Columbia University, and held several high-ranking positions at the department before ascending to commissioner. Unlike Mr. Nigro, she did not come up through the ranks as a firefighter or emergency service worker, although not every commissioner has.

During her time at the department, Ms. Kavanagh says she has been to all 39 emergency medical service stations and most of the 218 firehouses. She visited many early in the pandemic as first deputy, when hundreds of emergency services workers tested positive for the coronavirus while trying to keep New Yorkers alive.

Meeting with employees one-on-one came more naturally to her than being a public figure. Ms. Kavanagh said she was so introverted as a child, she almost did not get into kindergarten because was too shy to speak with school administrators. She has practiced public speaking for years and adjusted to being on camera. More recently, she has become used to being recognized in public, even when she is wearing a ball cap and jeans.

Her shyness engendered a love of reading. She prefers novels — “Pachinko,” by Min Jin Lee, is one of her recent favorites — but she has also devoured dozens of nonfiction books on the Fire Department. She was particularly moved by “A Widow’s Walk,” a memoir by Marian Fontana, whose firefighter husband died on Sept. 11, 2001.

The Long Island Rail Road is connecting to Grand Central Terminal in Manhattan, saving commuters as much as 40 minutes. The project’s hefty price tag reached $11.1 billion. …

Her verse examined social history through individual lives, including her own, in which she later found love. Yet for all the admiration she inspired, she was unheralded. …

A Congressional panel identified for removal or modification 13 items at the United States Military Academy that memorialize the Confederacy. …

A 19th-century fad, octagonal houses don’t appeal to everyone. But that’s one more thing to love about them. …

She helped Jews in Africa and elsewhere feel connected to their origins by helping them start businesses and open synagogues and schools. …